I was born and raised in the Midwest. As I was growing up, I learned several sayings I was told were polite to say: “Please”, “Thank you”, “I’m sorry” and the one I want to talk about today “excuse me”.

I was taught to say excuse me if I walked in front of any one or wanted to get by someone or touched someone accidently. I was and still am a polite person, but there are countries where you cannot be polite. 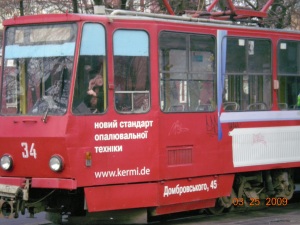 In 1994 my husband and I began making short term missionary trips to Russia. While there we were asked to come spend some time in a city named Zelenograd. We were to live there and help a local church establish home groups. The church would provide housing for us.

We agreed and went to Russia. We were about an hour from Moscow and had no car so we took public transportation. To get to the missionary’s home we had to take a bus to Moscow then take the Metro to his home.

As we were planning to go to Moscow, Bob said to me I could not be polite and say excuse me while getting on public transportation. More and more people showed up at the stop. As the bus was pulling up, Bob said I should start pushing my way into the bus. If I didn’t, I would get left at the bus stop.

I thought he was kidding. He was not.

The people crowded toward the door and when it opened the pushing and shoving really started. I found I was being pushed out so I had to also start pushing forward. Sure enough, when we were packed into the bus like sardines, the doors closed and those who didn’t get on had to wait for the next bus.

When we got to the home of the missionary I asked his wife about it. She said she understood because she also had to learn how to push and shove. We were there a month and I learned to push and shove with the best of them. I have also learned there are other countries where public transportation is the same way.

I will say I am much more comfortable saying “excuse me” and hope it never goes out of style here where I live.

9 thoughts on “Apparently Manners are not Universal”